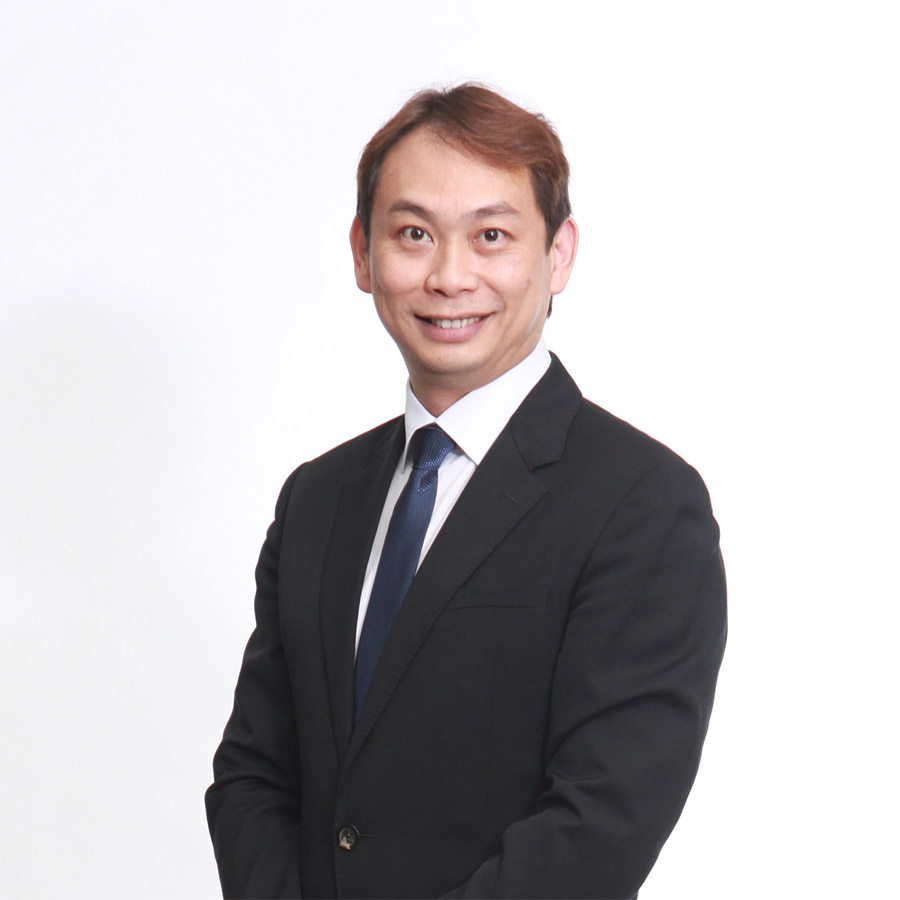 Mr Douglas Foo is Chairman, Chief Executive Officer (CEO) and founder of Apex-Pal International Ltd., a public listed food and beverage company which owns and operates Sakae Sushi, one of the leading kaiten (conveyer belt) sushi chains in Singapore. Launched in 1997, at the height of the Asian Financial Crisis, the Sakae Sushi brand has since hopped over its competitors, establishing over 200 outlets across the Asian region and the United States. Mr Foo continues to play a leading role in charting the overall strategic direction and management of the Group’s global strategic plans, and also oversees its philanthropic arm, Sakae Foundation, a non-profit organization that provides support to various charities and communities. 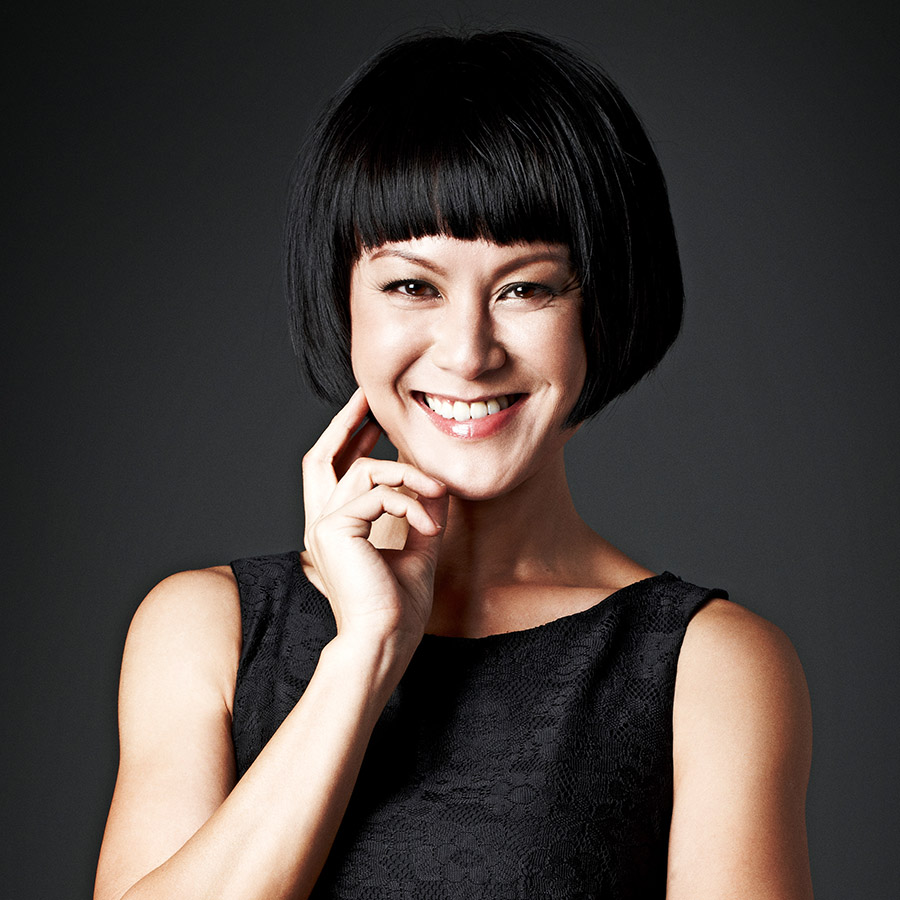 Ms Janice Koh first took the lead in 1998’s Descendants of the Eunuch, and in 2003, her performance as Catherine in David Auburn’s Proof won her the much coveted DBS Life! Theatre Award for Best Actress.

Beyond the theatre, Ms Koh was a Nominated Member for Parliament (Arts) from 2012 to 2014, selected by the Arts community from a pool of 47 eligible candidates. In Ms Koh’s maiden speech in the Parliament, she underlined the importance of the arts as “building blocks” that can help strengthen Singaporean society, reflecting her vision of Singapore as a city where the arts becomes “the every day”. 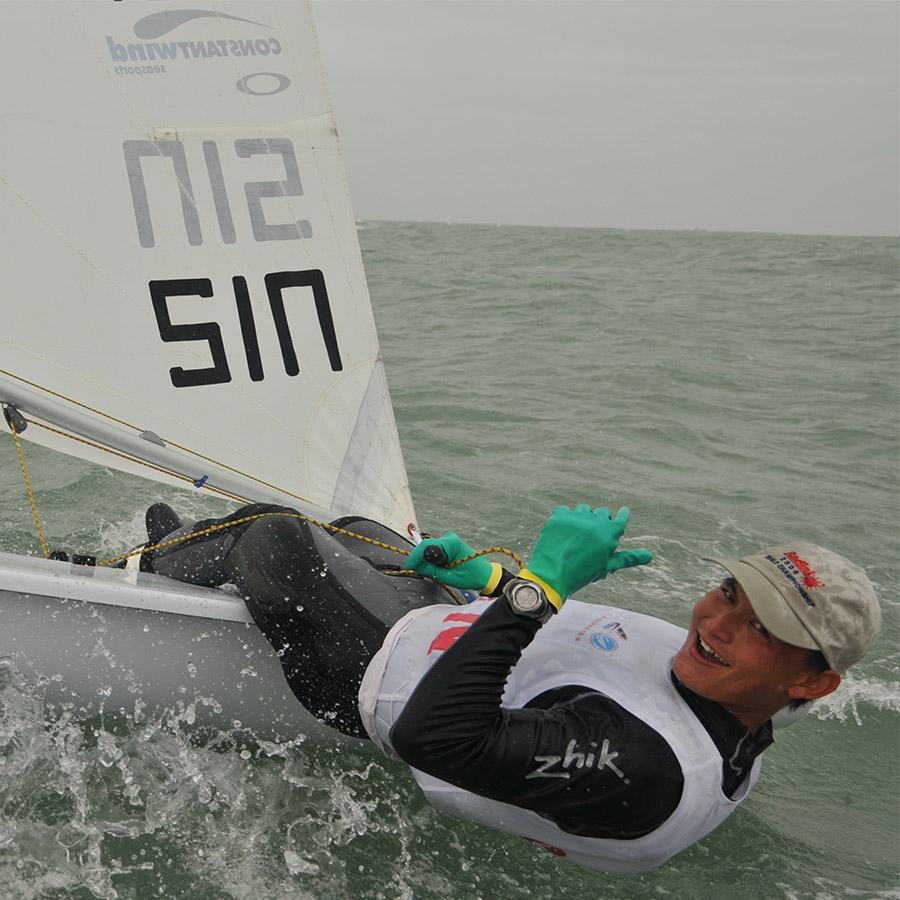 Mr Koh Seng Leong is a double Olympian for Sailing, having participated in the 2000 Sydney Olympics and the 2008 Beijing Olympics. During his sporting career, Mr Koh also bagged the Silver medal in Sailing during the 1997 and 2007 Southeast Asian (SEA) Games, and the 2006 Asian Games. In honor of his contributions to the sporting scene, Mr Koh was awarded the Singapore Youth Award (Sports) in 2009.

Mr Koh’s experience and contributions to the sporting field saw him appointed a Board Member of the Singapore Youth Olympic Games Organizing Committee, and he is currently part of the Singapore Sailing Federation and a member of the National Youth Council, where he continues to actively contribute to the creation of a culture of sporting excellence. 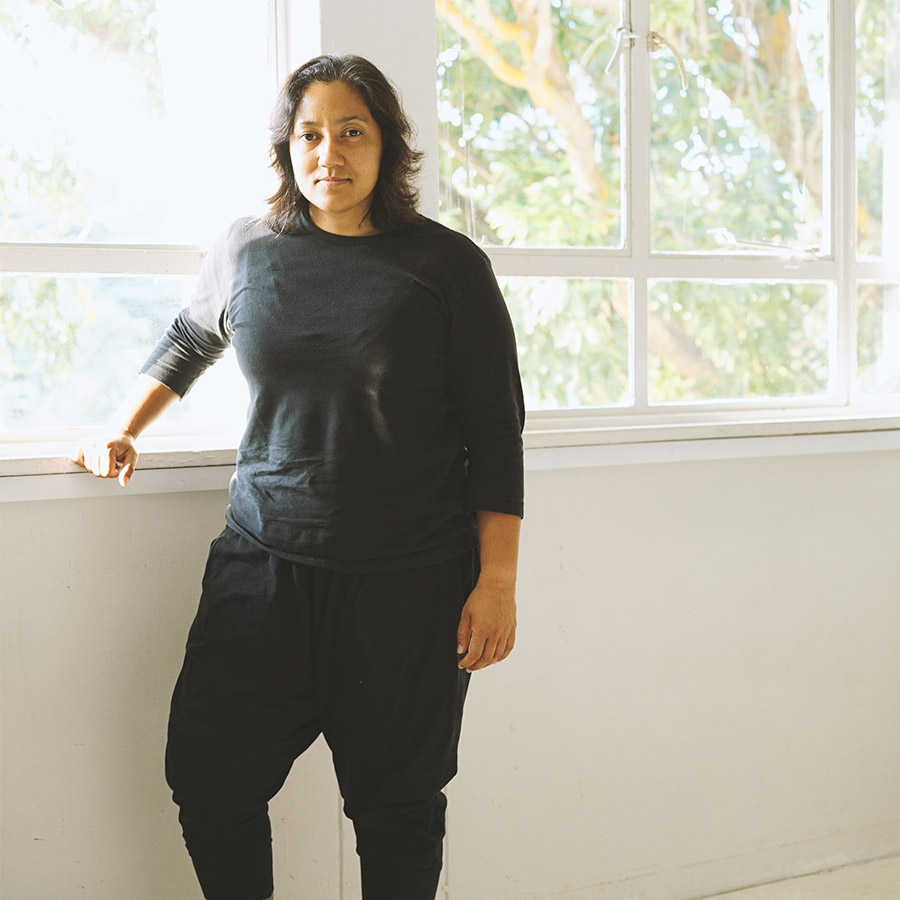 After VJC, Ms Hennedige entered the Lasalle College of the Arts and upon graduation worked as a freelancer for several years before joining the The Necessary Stage (TNS). After 5 years with TNS, Ms Hennedige saw it essential to craft her own space, and founded her own production company, Cake. Cake was aptly named as such because Ms Hennedige had a vision that her productions are to be “made for people”, akin to how cakes are made for gatherings. Over the years, Cake Theatrical Productions has earned a reputation as a production company that tests the boundaries of performance with its larger-than-life work that has consistently tested the boundaries of performance. One of Cake’s landmark pieces, Temple (2008), received 10 nominations at the 2009 Life! Theatre Awards. 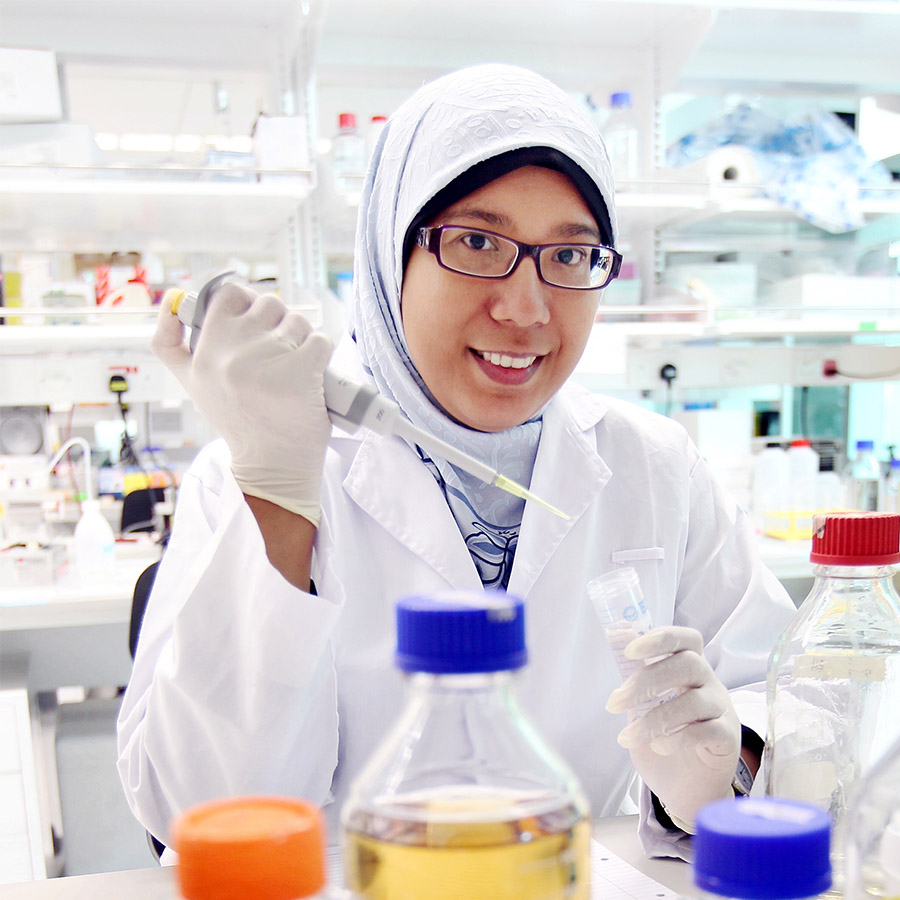 Dr Rufaihah Abdul Jalil is an Assistant Professor at the National University of Singapore’s (NUS) Department of Surgery, after heading the Regenerative Medicine Laboratory under the Singapore-Technion Alliance for Research Technology Program (START), a research entity of the National Research Foundation. She was previously also awarded the NUS Overseas Postdoctoral Fellowship to pursue her postdoctoral training in Stanford in 2007.

Prime Minister Lee Hsien Loong in his 2013 National Day Rally Speech lauded Dr Rufaihah as a fine representative of the Malay community, who has excelled in the nation’s meritocratic system. Dr Rufaihah has also been active in giving back to society, and has spent time volunteering for various causes. She was an avid volunteer with Mendaki and currently sits on the MUIS Council, and is on the MUIS Postgraduate Scholarship Committee, lending her expertise to further the progress of her community. 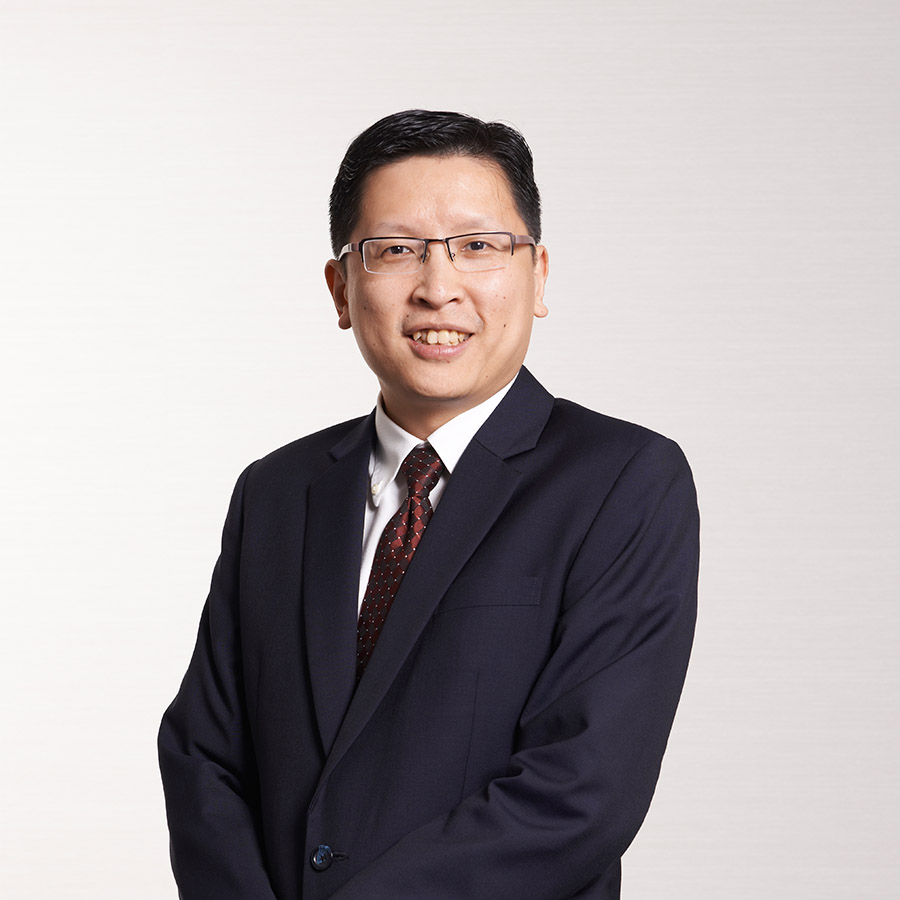 Mr Sng Chern Wei is Victoria Junior College’s first President’s Scholar and first worked in the Administrative Service upon his graduation from Cambridge University. Half a year later, Mr Sng harboured thoughts of switching to a teaching career, in search for a job that provided satisfaction from direct interaction with people. Since making the switch from an Administrative post to a teaching career, Mr Sng has made numerous invaluable contributions to the Education sector.

Following his teaching stint, Mr Sng was appointed Vice-Principal of Deyi Secondary School, followed by Principal of Dunman High School, and later Deputy Director of Schools (West). Thereafter, he took on the role of Director of Curriculum Planning and Development Division 1 in the Ministry of Education where he oversaw the design, review and implementation of curriculum for Mathematics, Sciences and Mother Tongue Languages. Today, he is the Deputy Director-General of Education (Curriculum), steering the development of the curriculum and co-curriculum in Singapore’s schools to ensure that our students receive a quality holistic education.

Professor Teo Yik Ying gained international recognition for his work in genomics, having conducted large scale genomic studies on populations from Africa, Europe and Asia. In 2020 and 2021, as the Covid-19 pandemic unfolded, Yik Ying’s views as a leading public health policy expert was sought by both the local and global media. He regularly shared his insights on the multi-prong measures Singapore has put in place that goes beyond simply a health-sector response.

Yik Ying is active in mentoring youths in science research and was awarded the Singapore Youth Award in 2011 (Science and Technology category) by the Singapore Youth Council in recognition of his contributions. His work with youth can be traced to his time in Victoria Junior College, where as a Venture Scout he returned to his secondary school to train and plan activities for his Boy Scouts juniors. 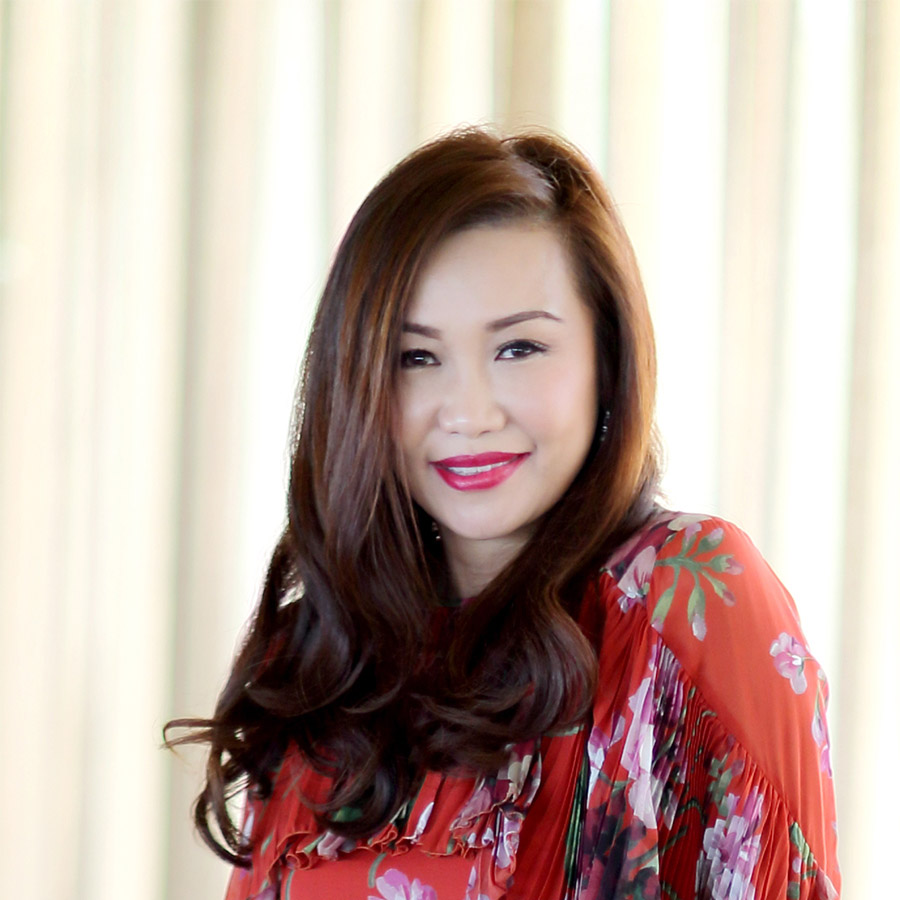 Having held senior positions in a number of global investment banks, Trina Liang-Lin is a pioneer and specialist in the Asia bond markets. Despite her busy schedule, she never forgets to give back to society. Trina sits on the board of the National Volunteer and Philanthropy Centre, and along with her husband Mr Edmund Lin, set up the Lin Foundation in 2016 to support the underserved and overlooked in Singapore and Asia.

More recently, she founded FoodSteps, a free school nutrition education outreach programme for primary school kids in Singapore that targets children from lower income backgrounds. For her commendable achievements and contributions, Trina was commended as one of Forbes Asia’s Heroes of Philanthropy in 2018, and in the same year, conferred the Singapore Tatler’s Philanthropy Award.

Lawyer-turned-chef Mr Willin Low is now one of Singapore’s most recognisable personalities, notably for his Mod-Sin (Modern Singapore) cuisine.

Mr Low entered the law profession following graduation, working as legal counsel for Tiger Airways, Singapore Airlines and CNBC Asia. It was 8 years before he was to leave the legal fraternity and start his culinary career with Ricciotti Italian Bistro. He later moved to Garibaldi Italian Fine Dining and in 2005, established Wild Rocket at Mount Emily. The success of Wild Rocket encouraged Mr Low to further expand his business, establishing Relish by Wild Rocket in 2007 and Wild Oats@Punggol. Mr Low’s rise was noticed not only by the local culinary world but also internationally.

Beyond cooking up a storm, Mr Low is also active in giving back to society. Fees for appearances and product endorsement go to Morning Star Beijing, a home that treats babies with heart conditions. In 2015, Willin helped raise $20 000 through GIveAsia.org for Ms Namale Allen, a Ugandan who had travelled to Singapore for treatment following a brutal acid attack.