775 Victorians sat for the 2020 Singapore-Cambridge GCE A-Level Examination. We are proud to announce that they have achieved an outstanding set of results.

2 out of 5 students attained a University Admission Score of at least 87.5 Rank Points, which places them strongly for the most competitive courses in university.

184 students attained at least 6 distinctions for their subjects.

4 out of 10 students attained a distinction in General Paper. This cohort had sat for their Project Work examination in 2019, with about 9 in 10 achieving distinctions.

Congratulations to the Cohort of 2019! We are very proud of you and wish you the very best for your future endeavours. A big ‘Thank You’ goes out to our teachers, parents and partners for your dedicated support of our students’ efforts.

Aligned with our College vision of “LiVE like a Victorian”, we also celebrate the accomplishments of students who have done very well academically, while being committed to serving others and to their role as leaders in co-curricular activities. They truly embody the qualities of “Legendary spirit, Visionary leadership and Extraordinary service”. 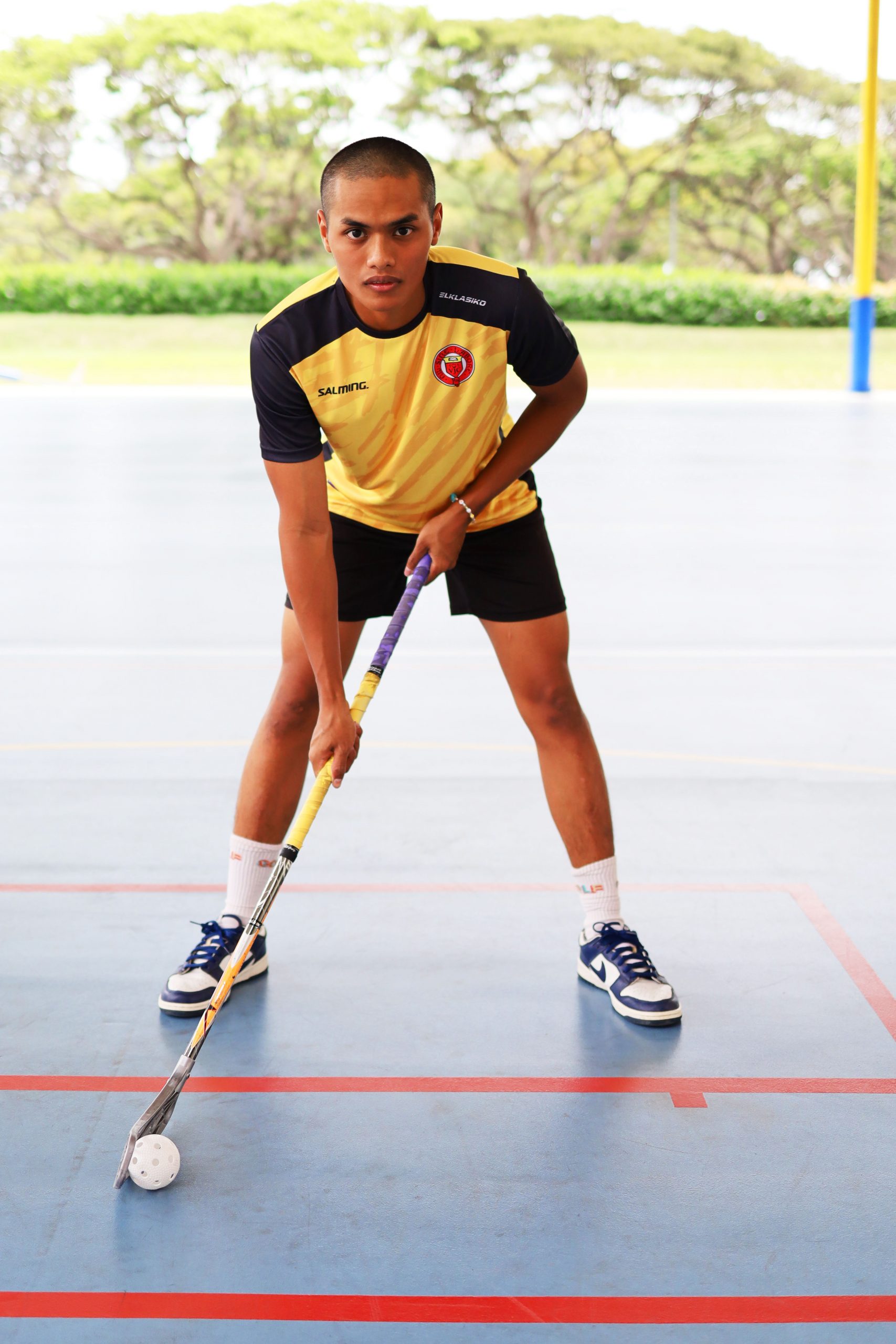 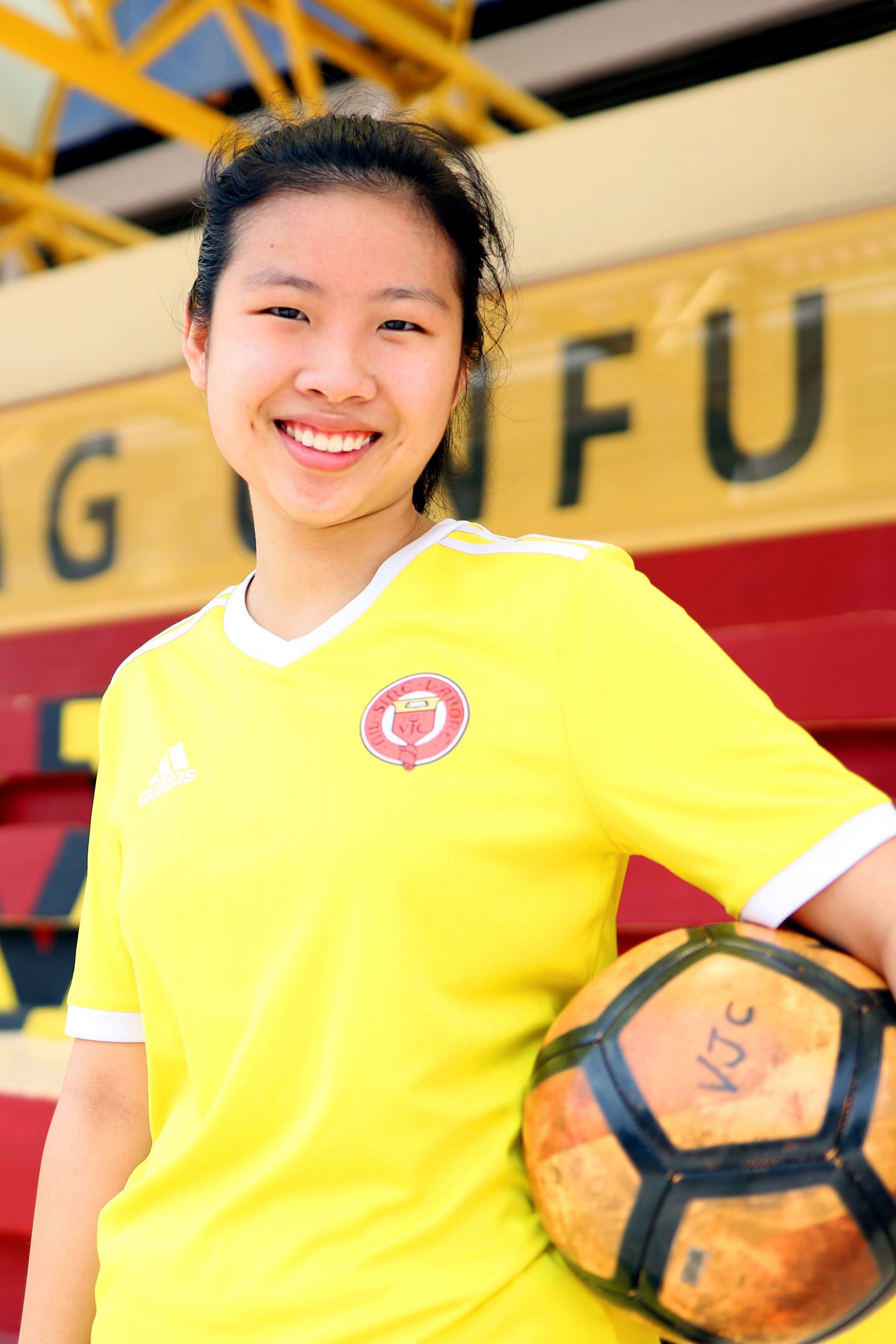 Apart from being Captain of the football team, Deseree was also a star striker. Scoring goals at the National School Games Football Championships A Division Girls in 2019, she led the team to clinch the coveted championship title. In 2019, she represented the College in the National School Games 60th Track and Field Championship Javelin ‘A’ Division Girls (Individual) and emerged champion.

Passionate about floorball, Mikail persevered through rigorous training sessions and constantly strove to improve his play. The Floorball team was the first runner-up at the National School Games Floorball Championship A Division Boys 2019. Mikail was respected by his teammates not only for his athleticism and skills but most importantly, his work ethic and people-centric approach to leadership.

Deseree and Mikail’s excellent sports skills and leadership have not only won accolades for the college, but also won the hearts of Victorians. They have demonstrated what determination and perseverance can achieve when put to good use! 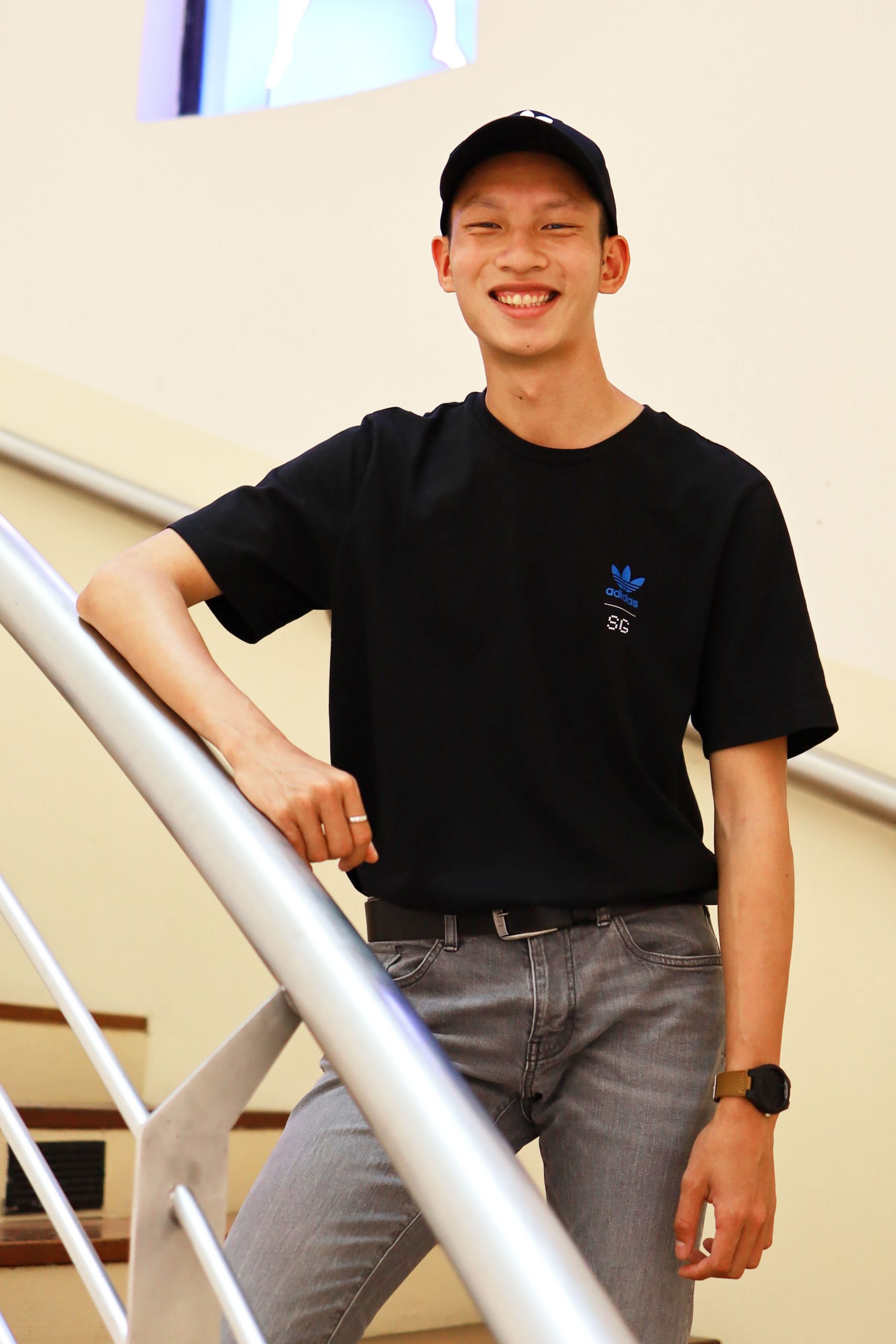 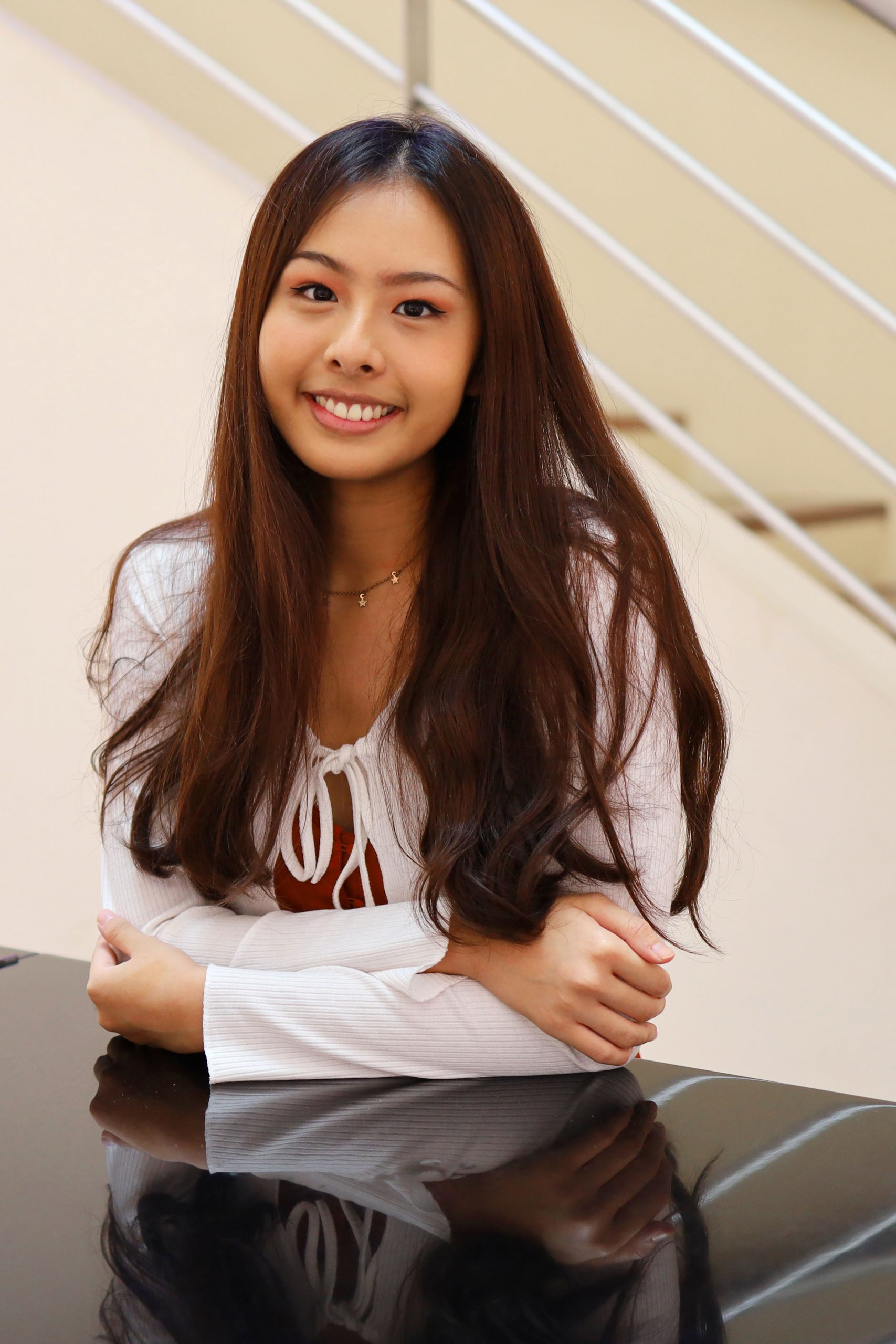 Keith and Miri are inspiring Victorians who excelled in their academics and CCAs. Both earned a spot as the Vice Chairperson of their respective CCAs, Dance for Keith and Choir for Miri, and admirably ensured their CCAs continued to thrive online in spite of the challenges brought by Covid19.

On the academic front, Keith was a recipient of both the MOE Pre-University Scholarship and VJC Scholarship in Appreciation of Mrs Lee Phui Mun. Miri also performed well, being the JC1 Subject Prize recipient for H2 Literature in English and was awarded the Victoria Junior College Scholarship in 2020.

Always on the lookout for opportunities to challenge himself, Keith became a member of the College Track and Field team, on top of his commitment to Dance. The team attained an overall third placing in the A Division Boys Championship. Similarly, Miri was active beyond Choir. Having an ardent wish to improve the lives of others, she volunteered every Friday through Tembusu Elderly Centre. Miri would visit elderly residents who lived alone, extending a warm hand of friendship to let them know they are cared for.

Keith and Miri have exemplified the importance of team spirit and community spirit,inspiring others to likewise serve and care for others. 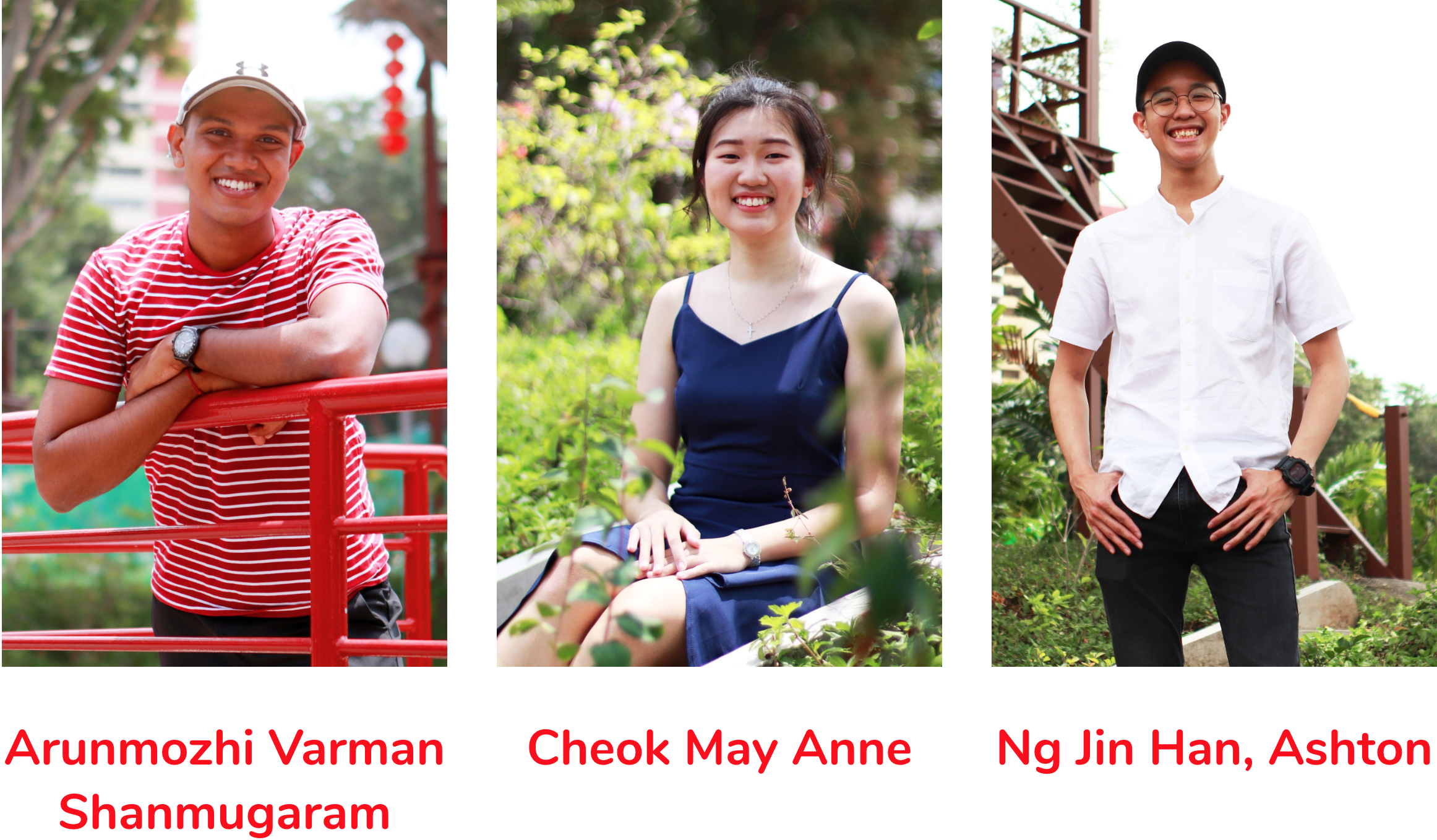 As visionary leaders who made significant contributions during their time in the 36th Students’ Council, Shanmugaram, May Anne and Ashton worked resiliently towards their personal goals and also empowered their fellow councillors to lead with passion and conviction. In their term of office, they adapted to rapidly changing circumstances with poise and composure, especially in light of the COVID-19 situation.

In recognition of his leadership qualities, Shanmugaram was presented with the Singapore Armed Forces Young Leader Award. His empathy and care for others was also seen in his regular voluntary work. He was committed to community service beyond the school, apart from leading and serving in the Students’ Council.

A recipient of the Humanities Scholarship, May Anne similarly saw the need to empower people around her. Together with fellow Victorians, she set up Access Victoria, a peer-to-peer platform, providing academic and moral support to schoolmates at the height of the circuit breaker.

Heading the Orientation Group Leaders (OGLs) during the 2020 Orientation, Ashton was undaunted by the daily changes made to the programme’s schedule necessitated by growing concerns over Covid19. A quick thinker, he proposed innovative ideas to accommodate the increasingly strict safety measures, while still ensuring his newly-minted juniors would have a memorable Orientation experience.

As exemplary leaders, Shanmugaram, May Anne and Ashton have left a legacy in VJC. Their passion for life and care for the community challenges others to step out and lead from the heart. 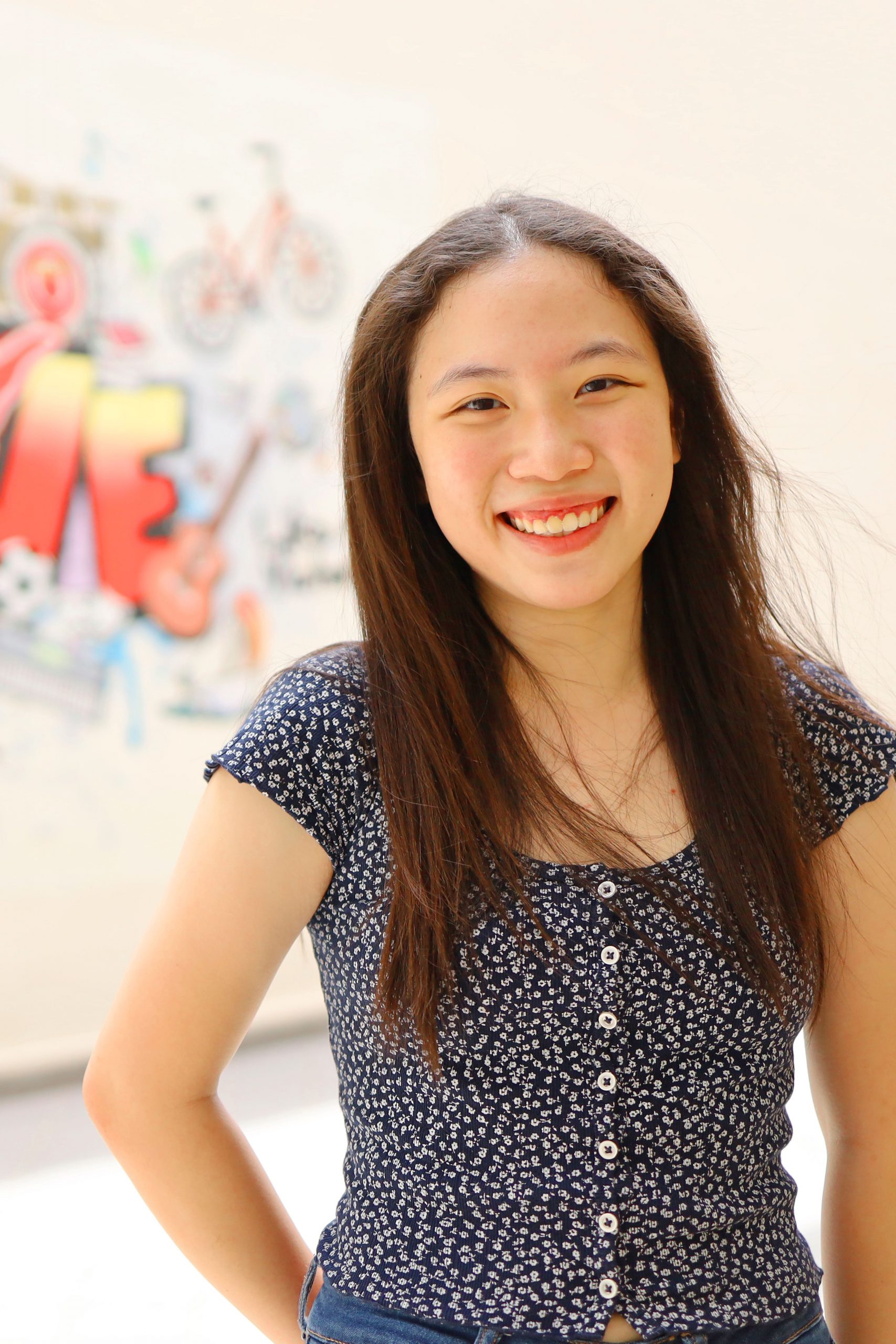 As recipients of the MOE Humanities Scholarship, Charmaine and Heather had many opportunities to critically evaluate social issues and government policies, both in and out of the classroom. However, merely talking about problems did not help solve them. Both wanted to go out into the real world to interact with people, in order to better understand their predicaments and needs.

Although Charmaine had heavy responsibilities as Chairperson of ODAC and as a member of both the Cross Country and Track & Field teams, she found time to embark on many VIA projects which sensitised her to the problems faced by a wide range of beneficiaries. For her academic excellence and her outstanding co-curricular achievements, Charmaine was awarded the VJC Scholarship in 2020.

As a Home Group Leader in Interact Club, Heather had regular commitments to an eldercare services organisation. Yet, as she wanted to do more for the community, she became a frequent volunteer with several non-profit and grassroots organisations. Heather was awarded the Victoria Pioneer Award 2020, in recognition of her enterprising mind, innovative spirit and courage for a worthy cause.

Charmaine and Heather have served with their heads, hearts and hands for the good of others. They have transformed lives and inspired others to do likewise.